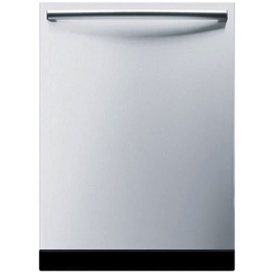 Imagining the Future… A Day in a Connected Life (M2M Style)

Here’s a short tale to illustrate how Machine to Machine communications and other technologies can be integrated to reduce service costs, improve the customer experience and provide additional services at little or no additional cost. Find our infographic on M2M and the connected field technician.

The dishwasher in the Smith household believes it has a problem. Model ZHX46A05UC/59 serial number QD830100451 (or 451 as she’s known by her home network) monitors the power usage and RPMs of her water pump as part of her component and environmental monitoring.

Over the last three months the pump’s RPMs have slowly been decreasing while the power draw has increased. Today those values crossed their thresholds; predicting a problem will occur with the pump. As part of its problem determination routine, 451 searched the trouble bulletins of her model line looking for symptom matching hers’ and probable causes. She found bulletin 2147477868 indicating that the impeller housing of this pump was prone to warping causing the pump impeller to rub the housing reducing RPMs and increasing power consumption. 451 dutifully triggered the problem notification routine transmitting the information showing that the pump motor would fail within thirty days from the increasing friction from the warped housing. She also changed her external status display to read PFAULT advising the Smith family that 451 was expecting a failure of one of her components.

The transmission went out over the Smith’s household network and via their Internet connection to 451’s primary Machine to Machine communications center. (M2MCC) The details of the transmission were duly recorded by the responsible system and the research and analysis 451 had performed was repeated to confirm the failure prediction.

Other systems in the M2MCC confirmed that 451 has a valid support contract with a specified response time of two days for correction of predictive failures.

The supervisory system at the M2MCC compiled all the necessary information and sent a message to the off-site dispatch system requesting a technician be scheduled for a visit to the Smith household in the next 36 hours. A ticket was created at the call center for a customer service representative to contact the Smiths by telephone and email advising them of the problem and that the costs to fix the pump were covered by their support plan and agreeing on a date and time for the technician’s arrival. Upon receiving confirmation of the successful dispatch reservation, a second transmission to the nearest parts depot triggered the depot’s MRP system to allocate materials and reserve time on an Objet 2000 3D printer. A new pump housing would be printed and finished in the next 12 hours followed by overnight delivery by an Amazon Package Service UAV to the drone pad/package drop off port at the Smith’s residence.

Rick Cruz walked into the repair depot with his usual cup of coffee and headed for the dispatch room. He picked up his digital Slate and made sure its overnight battery charge and data download had both completed. He checked the Slate to verify any needed parts and other prerequisites for today’s appointments were met and which van he had been assigned for today. Climbing into the van he inserted the slate into the data port on the vehicle’s dash and it clucked quietly to itself transferring the days routing information into the GPS system and downloaded the status of the vehicle at the first waypoint of today’s route. When the transfer completed the slate chimed and displayed the first destination: Peter Smith residence on Wildwood Lane; a 15 minute travel time from the depot. Rick tapped the Start button on the Slate’s screen and headed out while the Depot’s systems triggered an automated text MMS message to Peter’s mobile phone and email address telling Peter that Rick was on his way and providing a picture of Rick and an authorization number for identification.

Peter greeted Rick and lead him to the corner of the kitchen where 451 was installed and pointed out the package containing the replacement pump housing. Rick disconnected 451 from the house power and gently extracted her from the housing beneath the counter. He donned his computer headset and booted it up. With boot up complete it synced to the Slate now tucked into Rick’s tool bag. The headset brought up a VR overlay showing Rick where the screws securing the rear access panel were located. Behind the access panel was the pump with its warped housing. Rick disconnected the hoses and power fittings and extracted the pump. Another VR overlay showed Rick how to release the warped side of the housing. With the warped piece removed, Rick mounted the new housing part and reversed the steps to put 451 back together.

451 woke up as Rick re-applied power to her systems. As the pump spun up for its power on test 451 noted the reduced power draw and updated her logs to show the sharp reduction in power usage.

Self-tests complete, 451 set her external display to read Ready and waited for the next wash cycle to begin.

Stay tuned for Part 2 of 451’s saga. While this futuristic picture might seem too good to be true (we can’t wait for Amazon drones and 3D printers to become commonplace), M2M technology in field service exists today, and ServicePower is at the forefront of this innovation. Help turn your organization from reactive to preventive today with ServiceScheduling’s direct integration with Bosch’s machine sensors. Contact us today to see a live demo.